Posted at 13:55h in Press Releases, Public Events by Sarah

Bolton Landing, NY – The Lake George Land Conservancy (LGLC) hosted its 6th annual Amy’s Adventure Race for the Lake at its Amy’s Park Preserve in North Bolton on Saturday, October 1st. This year’s race included 53 competitors of ages 7-75, along with 16 volunteers and NextGen Committee members and who helped organize and run the successful event. 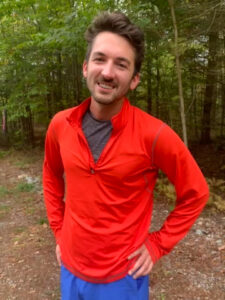 Overall winner Zane Belden, who raced the course for the first time this year, finished in 36 minutes and 54 seconds. The female winner was also a first-timer, Alexandra Barbieri, who finished the race in 56 minutes and 49 seconds. Remaining top finishers were Volker Burkowski, Christopher Casella, Brian Dillenbeck, and Derek Morrison, who finished the 4.5 mile trail race in under 46 minutes.

Created to bring attention to the LGLC’s mission of protecting the land that protects the lake, the race also directly demonstrated the holistic benefits of conserving natural resources while also providing recreational opportunities. The event was spearheaded in 2017 by the LGLC’s Next Generation (NextGen) Committee, a group of young professionals committed to bringing awareness to LGLC’s mission by organizing innovative events geared towards engaging communities around the lake.

This year’s race proceeds, which grossed over $4,000, will support the LGLC’s Wiawaka Uplands project. The NextGen Committee felt that picking a project that increases access for all to enjoy the benefits of land conservation and outdoor recreation very much aligned with their objectives for the group.

“It was so inspiring to see how members from this community and beyond came together to protect our watershed,” said LGLC’s Fundraising and Events Manager Giulia Casella, who organized the event for the first time this year. “We had folks in person at Amy’s Race from Thailand and Turkey, with virtual racers as far as Seattle in the West Coast. Coming together for a cause is so invigorating and truly encapsulates how there are so many intricate benefits to land protection. Supporting our Wiawaka Uplands project was an opportunity to demonstrate how fragmented parts a system make up a whole, just like the ecosystem we are striving to protect. Sometimes, you can only feel the passion and reward of the work you’re doing at a community event like this.”

After the race, participants, volunteers, and others gathered for an after party at the Bolton Landing Brewing Company. The brewery recently released a limited edition “Keep it Fresh” India pale ale, the proceeds of which are donated to the LGLC’s Wiawaka Uplands project.

Photos from the event as well as the complete list of competitors and their times can be seen at LGLC.org/amys-race or on social media at @HikeLakeGeorge.