Visitors are welcome to enjoy Anthony’s Nose year-round, dawn to dusk. Please park in the designated parking area; if it is full, you may park along the roadside, but please do not block traffic.

From the trailhead on Schwerdtfeger Road, the trail climbs moderately in a westerly direction for 0.30 miles, before turning north to ascend 665 feet over 1/2-mile to the top of Record Hill (elevation of 1,265 feet). You will note that there is a second viewing area that looks north along the lake.

For the first 0.25 miles the trail follows a right-of-way, with a fence marking the southern boundary. Please respect the adjoining landowner’s privacy and do not cross the fence.

Please note: the trail does not extend beyond the summit of Record Hill. There are no official trails to Flat Rock at this time. Do not attempt to hike westward to the summit of Anthony’s Nose; the trail has purposefully been kept away from the cliffs in order to avoid any possible disturbance of nesting peregrine falcons. Access from the water is not recommended, as it is a very steep and rocky shoreline. 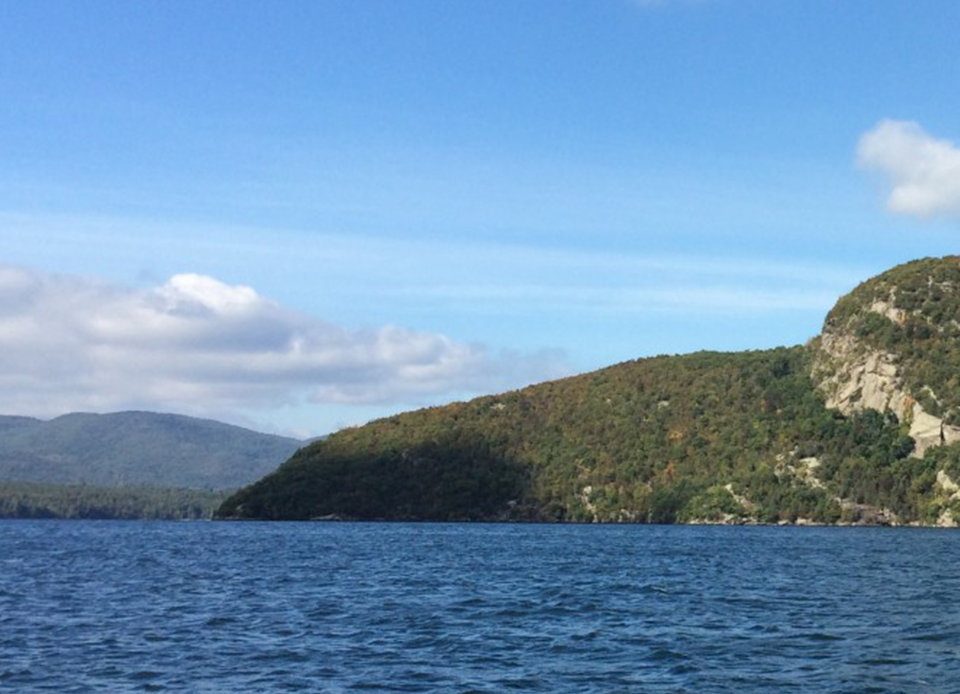 Winter hikers: note that the parking lot does NOT get plowed.

LGLC allows hunting at Anthony’s Nose by permit only. Please visit our Hunting on LGLC Lands page for more information and to apply for a hunting permit.

Please use caution when hiking during hunting seasons – wear bright colors and hike in groups. Hunters – please be aware of hikers and hunt away from trails. Please follow NYS DEC’s Hunting Safety Rules

Please park only in the park’s designated areas.

Anthony’s Nose was purchased by the Lake George Land Conservancy in 2000, but was not officially open to the public until 2015, after additional land was acquired to provide trail access.

The preserve includes 3,550 feet of lake shoreline, and Record Hill, which offers spectacular views of the lake and Roger’s Rock. One of the iconic spots on Lake George, the cliffs are a regular breeding location for the threatened peregrine falcon. During the summer, you may see the birds soaring over the cliffs. We ask that you do not disturb the falcons. The trail has purposefully been kept away from the cliffs in order to avoid any possible disturbance.

Anthony’s Nose is contiguous with Flat Rock, which LGLC purchased in 1998 from the Fort Ticonderoga Association and later transferred to New York State in 1999. With the purchase of Anthony’s Nose, LGLC increased the protection of Lake George’s northeast shoreline from Flat Rock, around the point of Anthony’s Nose to Glenburnie; an astonishing 9,000 feet of pristine shoreline including nearly 500-acres of forested upland.

New to hiking, or just need a refresher?
Check out our Hiking Basics for Beginners page for lots of tips on how to enjoy a successful hike.
@hikelakegeorge
@lglc_stewardship
What’s a trail race without beer and friends aft

Sign up today to run Amy’s Race and protect the

The dahlias are beginning to bloom with lots more

Appreciating this rainy day at Peggy’s Point. Do